Dan Byrnes is a former journalist/sub-editor (with earlier experience in advertising/copywriting), and a poet and historian with wide-ranging interests. Also experienced with proofreading.

Since 1996 he's been fascinated with the Internet as an information-delivery system, websites and associated technology including database development.

For assistance with: Report writing, research services, manuscript enhancement (including editing, sub-editing, proofreading), freelance journalism, web mastering (but not blogs or graphics creation), assignments, word processing, copy writing, assistance with commercial promotions. Wide range of software available including use of one computer with Windows XP and one computer with Linux-Xandros3 system. Databasing. Genealogical/historical research. Newsletter preparation. Hire of computer time. Rates: $30 per hour or by negotiation for larger projects.

4 July 2006: Launch of new website Merchant Networks – co-produced with Ken Cozens in London, at: http://www.merchantnetworks.com.au/ - a website intended to become a major production in economic and maritime history, dwelling on recent research findings which are to be further followed-up in a large-scale way.

May-June-July 2006: Exploring PHP programming packages re better tactics for handling content management system(s) (CMS). Also preparing for re-launch of Merchants Networks website (as below) on its own domain.

20 May 2006: Launch of new website on historical topics, planned to become large-in-scope, focussed around time of the American Revolution, on Merchant Networks, in conjunction with Ken Cozens (London researcher). Available via links on this website. (See above note)

Early 2006: As historian, embarking on history research project with Kenneth James Cozens (of London), on merchant networks (London-based and/or British-Imperial 1690-1900). Hopefully with a new approach and at least one “new” or otherwise unmined set of original documents to be assessed. A new, co-written manuscript arising.

Early 2006: Notice of extra hyperlinking of website The Blackheath Connection and associated files by websites in Australia, UK and USA including one major website on US President Thomas Jefferson. 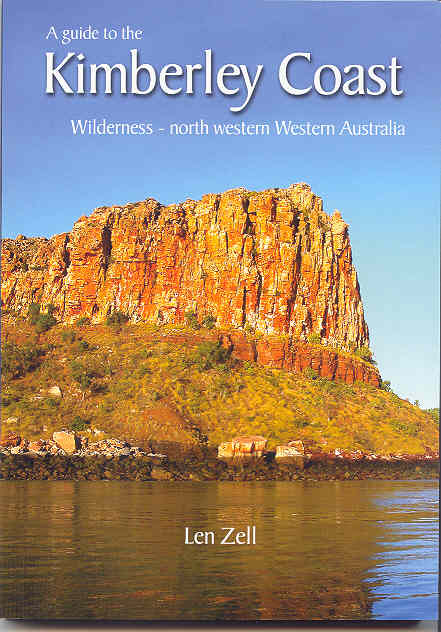 Dan Byrnes' qualifications are:
1999 - Certificate III in Information Technology (Computing and Multimedia) (VETAB Accredited).
1995 - Honours Degree (History) from The University of New England.
His BA majors were in Psychology and History.

He is a former board member of New England Writers' Centre and has been active in literary and media circles in Armidale and the region.

He is listed in The Oxford Literary Guide To Australia (1987) (under "Tamworth") and in the 1988 edition of The International Authors and Writers Who's Who.

November 2001: New history website launched, at http://whatson.northnet.net.au/users/merchants/ - (address no longer operating) Merchants and Bankers Listings, on entertaining questions of trade, business and financial dealings in world history from the time of The Crusades to the present.
October 2001: Enabling website operations for e-commerce.

February, 2001, Compere for segments of Poetzinc readings at venues in Armidale. Continue as webmaster for community broadcasting station, 2ARM-FM, Armidale.

12 March, 2000, Begin uploading The Blackheath Connection to the Internet. A large treatment of the history of convict transportation to North America and then Australia, 1718-1810. (Produced with the aid of Word in Microsoft Office 2000 and Sausage Software's HotDog Professional 5.5.) By September 2000 the website achieves a regular 250 hits per week minimum.

February 2000, Elected to board of New England Writers Centre, continuing as Webmaster and with technology committee work. Volunteer Webmaster for Armidale Community Radio at 2ARM-FM: http://www.northnet.com.au/~2arm

Early 1999, Completing history book as an overview of convict transportation from Britain, 1717-1810: The Blackheath Connection.

December, 1998, launching an add-on feature on Message Board Website, Tourism Business News, or, journalism on regional and other tourist industry matters. Venture not successful.

13 September, 1998 - Launch of a new website via a server operated by Armidale Business Enterprise Centre, The Northern New South Wales Message Board, a comprehensive listing of events and what's on in the region for up to one year ahead.

December 1996, Launch of personal home page on the Internet.

1994 - Completing a Bachelor of Arts at the University of New England. The result, a double major in History and Psychology. Other subjects included Education, Economics, Economic History.

September 1992 - As historian, awarded a writer's project grant by the Literature Board of the Australia Council for the Arts for the completion of a book on convict transportation to North America and Australia. Work continued through 1993. Research on this project continues to the present.

Aged 63 (in 2011), Dan Byrnes is a poet, freelance journalist and writer, historian and fiction writer who has lived in London, Sydney, Melbourne, and Tamworth and Armidale in northern NSW. The information below refers to print-media activities.

November 1991: Publication of major history research work: `The Blackheath Connection: London Local History and the Settlement at New South Wales, 1786-1806,' in: The Push: A Journal Of Early Australian Social History, No. 28, 1990., pp. 50-98. (A journal published by the History Department, University of New England, Armidale NSW 2351). Article written while in Melbourne.

1989-1991: Living in Melbourne, working at a variety of newspaper-based assignments. Some work was with The Macedon Ranges Telegraph, based at Gisborne-Sunbury, and earlier, subediting with the Leader Newspaper Group (Northern Division at Northcote, Melbourne).

Various research material Dan Byrnes has gathered is now with the Mitchell Library, Sydney, and the Australian National Library, Canberra. His articles have been cited in internationally-distributed historical journals and books. In early 1990 was published a long-neglected history thesis by Wilfrid Oldham, now titled Britain's Convicts To The Colonies. (Library of Australian History, North Sydney). The book carries a commentary by Dan Byrnes.

1987-1988: As a local historian, co-editor with Frank Crosling for Tamworth and District Chamber of Commerce and Industry of an official Bicentennial book, a compilation of local business histories published in November, 1988: Who Was Who In Tamworth Business In 1988.

From 1981: Worked on a community free weekly paper, The Tamworth Times, and then a regional daily newspaper, The Northern Daily Leader, (1983-1986). Dan Byrnes also for a time edited Northern Magazine (Tamworth). His articles have also appeared in The North West and Hunter Valley Magazine (Gunnedah).

The work at The Tamworth Times, from 1981 a newly-established community free newspaper which still survives, was as an all-round, non-sports journalist with particular reference to covering local government.

From 1979 (an ex-musician having been active 1965-1973) he was deeply involved in the establishment of community radio station 2YOU-FM in Tamworth, as initial programming convenor and a board member, later vice-president, of the Tamworth Broadcasting Society Ltd., which gained the licence for the station.

Between 1983-1987 he mounted many programs on air on 2YOU-FM, including current affairs, music and non-music interviews, music shows of every description and poetry segments.