Lost Causes of all kinds...

Depression with attitude ... Spoofs, sad cases, lost causes, things to feel even more miserable about as the days go by...

Not forgetting, how we now live in days so far beyond satire ...

This file, which will carry humourous items as well as serious, all in a sad mix, carries a more refined theme for this Lost Worlds website - the theme of Lost Causes.
And we have to say that since 9/11, this website has been diverted from its original intentions to give more attention than we intended to Lost Causes. We do genuinely feel that the causes of Militant Islam are generally lost, quite lost in time, quite lost in history-in-general, probably in future to-be-further-lost in peak oil problems, quite apart from the military resistance that Islamic militants are enduring in various parts of the world.
You can go back to this website's index page by clicking here .. Lost Worlds website.

Not Christmas at all, really, too politically correct...

"Best wishes for an environmentally friendly, socially responsible, low-stress, non-addictive, non-repressive, gender-neutral holiday, practised within the most joyous traditions of the religious persuasion of your choice, but with respect for the religious persuasion of others.
"I also hope you have a fiscally successful, personally fulfilling and medically uncomplicated recognition of the generally-accepted calendar year 2001, but not without due respect for the calendars of choice of other cultures whose contributions have helped make our society great, without regard to race. creed, colour, religious or sexual preference."

Los Angeles: The movie Gladiator, starring Russell Crowe, has won an accolade for having the most mistakes of any movie nominated for an Oscar this year. The website, movie-mistakes.com/ lists Gladiator as having 124 flaws or errors, ranging from historical inaccuracies to errors of continuity.
Two items are a jet's con trail in the sky, and tractor marks on a field.
In one scene a crewman wearing blue jeans appears between Maximus and a horse.
In another scene, a chariot contains a gas cylinder. Gladiator gets away lightly, as the website lists the 1997 movie Titanic as the goof-worst movie, with 203 blunders recorded. (Reported 13 April 2001)

Article 2008 on Britney Spears - She stopped going to Kabbala lessons and declared, "My baby is my religion ..." An article writer tartly says, "But religions come with rules about behaviour."

Dan Brown's next book: If you were intrigued by Dan Brown's novel on the "secrets" of The Holy Grail, The Da Vinci Code, you will be seat-gripping on a daily basis about his slow-coming next novel. The entire book industry in the US is agog. What will it be about? What? All we are told is that it will be about "Freemasonry and the Founding Fathers". All this website knows, which we read many years ago, is that of the 56 Signers of the Declaration of Independence, 53 were Freemasons. Freemasonry was rampant in pre-Revolutionary North America! So we can't imagine that the novel will hold much surprise at all, unless of course, one didn't know this. As The Da Vinci Code held few secrets, unless one had not read earlier on the topics. (The Australian, 30 January 2008) 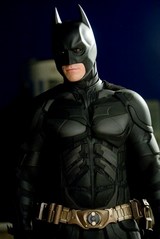 Batman writ larger than life? On 27-8-2008, one of this website's good friends enjoyed reporting his take on seeing Batman - The Dark Knight - which this website also thoroughly enjoyed. He feels that amongst the moral dilemmas explored by the cast, everything as the hype says is so "morally conflicted", there is a larger issue looming in on Batman, which the movie explores. Should Batman at some time take off his mask and reveal his real identity, or not? Our friend feels that this is lately a dilemma that the US itself has, writ large both domestically and in terms of US foreign policy.
The question is: should the mask ever be taken off? And the answer is NO! Not that the question bothers The Joker in the least, one way or the other. Because while Batman can take off his mask whenever, The Joker cannot ever take off his facial scars. The Joker is not morally conflicted due to being quite insane, and he's meantime forever condemned to wear his scars, if not his makeup.
No! The mask cannot come off. Because of The Laws of Theatre. Because of The Psychology of Wearing a Mask, the mask cannot come off. At least, not until the show, the movie, the carnival or the masquerade is over.
This entire farrago is quite a lost cause, of course. Everyone knows who Batman is. He's Gotham City's richest man, Bruce Wayne.
Now, since this dilemma arises from a comic book, not a history of good politics, your today's opinions about the USA and its various masks are ...?
But, "Why so serious?"
Oh, did the USA just lose its so-called innocence, again? An innocence it didn't lose during its Civil War? An innocence it didn't lose during The Great Depression? When fighting Hitler's Germany? An innocence not lost when JFK was assassinated? An innocence not lost with the Vietnam War (which not surprisingly, the North Vietnamese call, The American War)? Not lost with the First Iraq War (and that infamous turkey shoot)? With The Second Iraq War, ongoing, now costing about a billion $ per month?
Why so serious, indeed?
What mask? Whose mask? Which mask?

"I'm tired of being labelled anti-American because I ask questions." US actress and activist, Susan Sarandon.

"If you are capable of living without writing, do not write."- German poet Rainer Maria Rilke

"All the colleges in the world cannot turn a bad writer into a good one. But good teaching can teach you how not to write." - Alistair Cooke

On politics: "Men seek power over others, only to lose it over themselves." US Historian Barbara Tuchman.

"The Promised Land always lies on the other side of a wilderness." - Havelock Ellis

"Once a writer is born into a family, that family is doomed." - Czeslaw Milosz

Another Lost Cause book title from the USA: Robin Archer, Why Is There No Labor Party in the United States? Princeton University Press, 2008, 368pp. (Book is described by one reviewer as "ambivalent" due to difficulties of the subject matter and the sheer extent of the research conducted. Which might tend to indicate that the USA has always since the demise of slavery had enormous problems adjusting to the sheer fact of the existence of a "working class" of free people, who are voting citizens. Only in America! All dignified by a university press, no less! -Ed)